The UK car manufacturing and recycling industry met its statutory 2012 EU target to reuse, recycle or recover 85% of the weight of end of life vehicles (ELV), official figures have shown.

A total reuse and recovery rate of 88.1% was achieved for the year, according to documents submitted to the European Commission by the Department for Business, Innovation & Skills (BIS) last month. 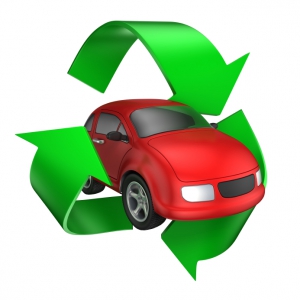 Meeting the targets is a legal obligation for car manufacturers under the European ELV Directive, which requires vehicle makers to offer free take-back of ELVs to consumers through a licensed network of scrap yards.

BIS has welcomed the sector’s achievement in meeting the targets, but claimed that meeting the 2015 target, when it is set to increase to 95%, could present a ‘significant challenge’ for the sector.

Commenting on the figures, a spokesman for the Department said: “The UK continues to make steady progress on this issue.

“We welcome the fact that the current target has been met, but we are also aware that the future recycling targets present a significant challenge. We encourage all those working in this area to continue their preparations to ensure the UK can meet the 95% target when it comes into effect at the beginning of next year.”

‘We welcome the fact that the current target has been met, but we are also aware that the future recycling targets present a significant challenge. We encourage all those working in this area to continue their preparations to ensure the UK can meet the 95% target when it comes into effect at the beginning of next year.’

However, while the rate of growth achieved in 2012 is encouraging for the sector, some feel that it is not likely to be sufficient for the 95% target to be met.

Commenting on whether he believes the UK will be well positioned to meet the 95% goal, Chas Ambrose, secretary of the Motor Vehicle Dismantlers’ Association (MVDA), said:

“I think it is very unlikely that we will be able to meet the 95% target next year. It took around six years for the UK to reach the 85% target, and there was very little enforcement in the early years.”

Despite his concerns over the 2015 performance, Mr Ambrose said that the possibility of any potential fines being passed down to businesses for failure to meet the targets are slim.  He added:

BIS has already warned car manufacturers and ELV recyclers over the need to ensure there is sufficient infrastructure to be able to meet the targets (see letsrecycle.com story). A number of ELV recyclers in the UK have already begun preparations to enable them to meet the increased target, with some already claiming to have met the 95% goal. 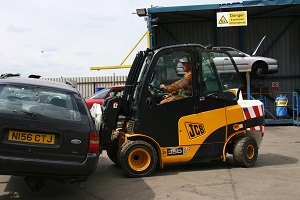 Metals recycling giant EMR is currently developing a large-scale facility at Oldbury near Birmingham which it is hoped will help to push the UK toward the target, while Cartakeback, the UK’s largest network of scrap car recycling firms, claims that a number of its Authorised Treatment Facility (ATF) members have already invested in post shredder recycling technologies to meet the goal.

The new infrastructure is intended to enable them to recover material known as ‘shredder residue’ – comprised of the plastic, foam, textiles and wood left over at the end of the ELV recycling process.

“Although the 95% recycling obligation doesn’t come in until 2015, we’re pleased to report having achieved it in 2013, we are able to offer this to Authorised Treatment Facilities right now and in future years.”