Prices paid for used cardboard and some plastics grades have risen since the EU referendum vote on 23 June, by 10% or more.

The boost to the used cardboard price and for similar brown grade material comes in the face of firm Chinese demand for the material and plastic film and some other grades are also picking up in terms of demand.
Export prices for used cardboard, which a month ago were in the high nineties (c£95-96) last month have now risen by at least £10 with some exporters paying c£110 per tonne. This is despite the value of the pound falling recently from a high of 1.50$ to 1.25$. 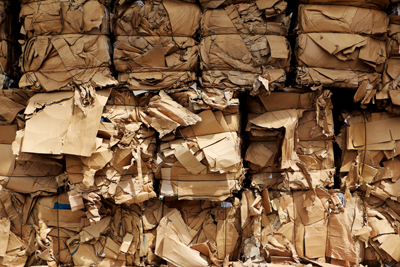 Simon Ellin, chief executive of the Recycling Association, described the current market as one “with an exceptional bunch of circumstances
coming together at once”. He said there were three main reasons for the price lift. “First, we are seeing significant Chinese demand across all brown grades which has caused prices to rise. We also have low generation within the UK and many would argue that Brexit has hit consumer confidence. People are not buying so many goods, especially luxury items, and this reducing the amount of cardboard in the market. And, there is the weak pound which has made buying material in the UK more attractive to exporters.”
Paul Briggs, managing director of Mark Lyndon, which is the leading exporter of cardboard and mixed paper sending 1.5m tonnes per annum to China from the UK, agreed that the price rises had happened around the time of the Brexit vote, “but that it is down to the heat of the market as ooposed to currency issues surrounding Brexit.
“There is strong demand in China and bad weather in southern China has also hampered domestic collections.”

One exporter in the waste management sector told letsrecycle.com that the benefits of the weaker value of Sterling had been passed on by the Chinese buyers to the UK. “We are being paid more in pounds per tonne but the cost to the Chinese if buying pounds from dollars means that the exchange rate benefit has been passed on. Both currency and strong demand are a factor in the price rises.”

In the plastics sector, Raj Iqbal, managing director of Choice Packaging Solutions of Milton Keynes, said that signs of a strengthening oil price was having a knock-on effect on plastics prices, especially for used film.
“Demand has strengthened,” he said. “This is a good sign and more material is being moved. The plastics market is all linked with the oil price and oil is picking up. The big users of polymers have to order their virgin polymers two months in advance and alongside this there are new orders for used film which can be delivered quickly.” Mr Iqbal added that better quality material is in demand on the export market.
However, he said that the markets should still be viewed with some caution. “The Chinese Renminbi has weakened against the dollar although the buyers are trying to buy Euros and Sterling directly.”