The UK is comfortably on course to meet an EU target to reduce the amount of biodegradable municipal waste (BMW) it sends to landfill, government figures published yesterday (25 August) show.

The data, which has been submitted to the European Commission outlines the UK’s progress towards the targets set out in the Waste Framework, Packaging and Packaging Waste and Landfill Directives. 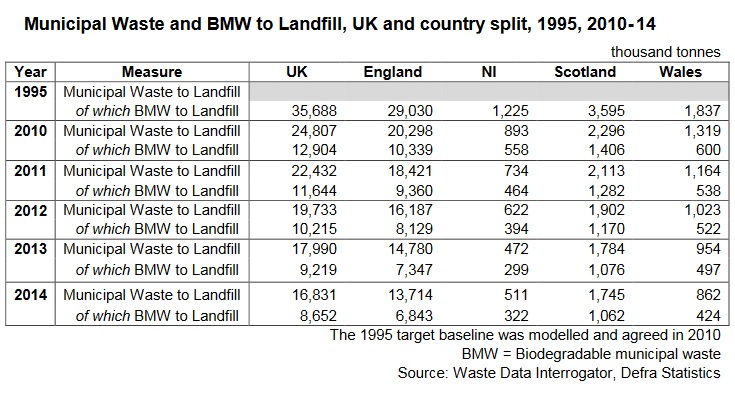 Figures originally submitted to the Commission in December suggested that the UK will struggle to meet the EU’s 50% by 2020 recycling target, with data for 2014 indicating that an overall recycling rate of 44.9% was recorded for the year (see letsrecycle.com story). This represented an improvement of 0.8% when compared to 2013.

According to yesterday’s data update, a total of 8.7 million tonnes of BMW was sent to landfill in 2014. 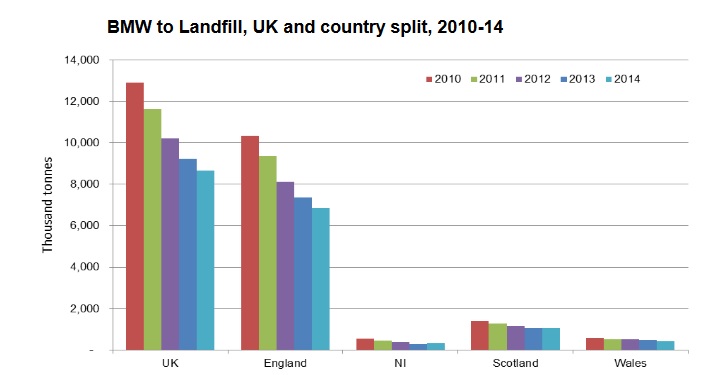 Whilst progress towards landfill reduction targets is to be welcomed, the figures again underscore the need for greater focus on meeting recycling targets – with the potential threat of fines from the European Commission to be handed to Member States, should these goals not be met.

Progress on recycling has been under intense scrutiny this week, with the BBC highlighting an increase in reject rates from household recycling (see letsrecycle.com).